Castle Obrio is the story of a few unlikely friends, bound together in service to the great sorceress Queen Mina.

After an attack on her kingdom, the Queen makes a desperate gamble: through arcane magic, she hopes to unlock a great and forbidden power. Her loyal servants are a ragtag and eccentric team, but they’re her only hope to achieve her dreams.

Meanwhile, a band of sky pirates are building an army that holds the whole land in fear. When they decide to hold Mina’s daughter for ransom, the princess becomes intrigued by the pirates’ dark and mysterious quest.

All work is written and drawn by yours truly, Tickentock. I’m updating this comic inbetween life and work, but ideally I try to post something new on Mondays.

A heads up: Future installments will feature some occasional fantasy gore, meaning surreal scenes that have blood but aren’t realistic. There will also be occasional comedic nudity, drawn in a non-sexy cartoonish style. 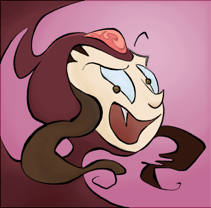 Queen Mina – The ruler of Obrio, Mina is a sorceress who has spent her life uncovering the secrets of her art. She is proud, elegant, and deeply obsessed with proving her worth to the mighty Spirits. 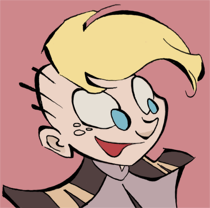 Kemp – Created by Mina to be the perfect servant, Kemp will perform any and every task with naïve, childlike enthusiasm. Ever polite and loyal, he is also totally determined and will stop at nothing until the job is done. 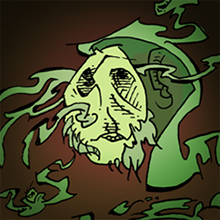 The Spirits – Keepers of arcane and forbidden spells. Only the most masterful sorcerors can hope to gain their favor, and Mina believes she is up to the task. 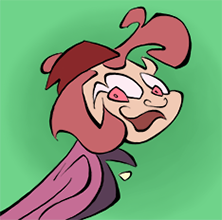 Bristol Vanderbliss – Mina’s extremely lazy curse expert.
A perfect work-dodger, she spends her days playing and loafing. Despite her fun-loving attitude, she has a bit of a mean streak. 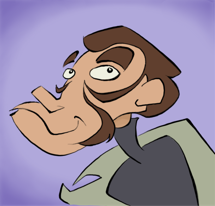 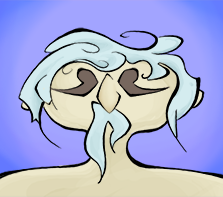 Conrad Conn – Mina’s geologist. Conrad is an accomplished and very respected gent, as well as the most chilled out man alive. 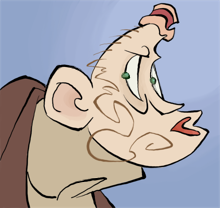 Busby Dovetail – A newcomer to Castle Obrio. He appears as an effete gentleman, but this facade hides the crafty mind of an opportunist. 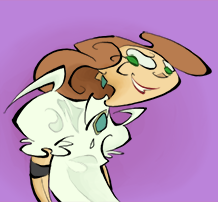 Princess Tani – Mina’s daughter. Though she knows little of the outside world, Tani considers herself a crafty and urbane girl.
She currently finds herself held for ransom by pirates, and she vows to make the most of the situation. 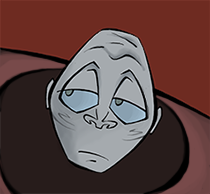 Admiral Hune – A solemn pirate chief who travels the world in his flying fortress, abducting victims wherever he goes.
For now, Hune himself is largely a mystery. 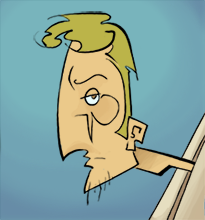 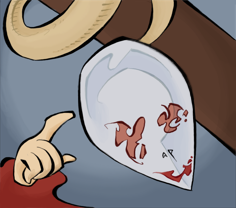 Aida Gilula – Hune’s mage, an erudite and clinical woman. To Aida, magic is both an art and a science, and its beauty alone makes it worth her study and devotion.
She cares more about the transcendental than the here-and-now.

More art by Tickentock can be viewed at either of these links.